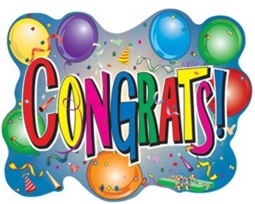 The Streets Don’t Love You Back Boyd/Lucinda Radio Show

We’ve had an awesome two years and have had many wonderful guests on our show. Our first show was June 24, 2009. Boyd and Myself opened the show and talked about what The Streets Don’t Love You Back Movement was about, what some of our goals were. One of our main goals is to educate people, especially the youth about the dangers of gang violence and drugs and that there are many alternatives to the “gang bangin, thug, drug husslin, street livin” life.

We have had guests from all walks of life and the truth is that everyone has been affected by “The Street Life” in some way.

Our shows are uncensored and are real stories of people’s lives as they tell it and some of the struggles and triumphs they went through.

WE GIVE TRIBUTE TO ALL OUR SPECIAL GUESTS, FRIENDS PAST AND PRESENT.  WE HONOUR YOU FOR SHARING THE STORIES OF YOUR LIVES WITH US AND OUR LISTENERS.  WE HONOR YOU BECAUSE THROUGH ALL THE TRIALS, STRUGGLES, TORMENT, HURT, ABUSE, ABANDONMENT YOU HAVE ALL SUCCEEDED IN GROWING, LEARNING, FORGIVING, OVERCOMING, AND ACHIEVING.

We look forward to our 3rd year and many more stories. We hope that through these stories, examples and testimonies that others may be touched and have the courage to change their life… because… the streets don’t love you back.

If you or someone you know would like to be a guest on our Radio Show or TV Reality Show please email us your information and how we may contact you. lucindaboydrn@gmail.com or The Streets Don’t Love You Back P.O. Box 1093 Maricopa, Arizona 85138