GOLDEN VALLEY, Minn. -- One juvenile has been charged and more arrests are pending in the murder of a teen whose body was found earlier this month at Theodore Wirth Park in Golden Valley.

Kayakers found James Teto Grant's body in a small creek on July 18. Authorities believe the body has been there…

The incident happened at a Chicago Transit Authority turnaround near St. Rita High School, reports stated. Buses had to be rerouted during the shootings and police investigation.

According to the incident…

Mexican Drug Cartels operating in the U.S. through street gangs

Many street gangs in the larger cities are now directly connected to the Mexican Drug Cartels (MDC’s). They smuggle drugs and humans into the U.S. via known and un-known smuggling corridors throughout the Southwestern United States. Law enforcement indicates that they work for and do the dirty work for the cartels in return for drugs. This dirty work includes murder, drug distribution, and collection of debts owed to the MDC’s by other gangs and drug traffickers nationwide.

A 16-year-old boy and his mother have been arrested for being linked to the rival street gang of a teenager charged with shooting nine people Downtown earlier this month, police said today.

Indianapolis Metropolitan Police Department gang crimes officers served a search warrant at either 4:30 p.m. or 6:30 p.m. Tuesday at a home in the 3200 block of Carpenter Court, according to a police report, which had both times. Police said they found paraphernalia associated with the Grimmie Boyz…

MILWAUKEE, Wis. (WTAQ) - “Enough is enough.” That’s what Milwaukee Police Chief Ed Flynn says about gang violence on the city’s north side. A 12-year-old girl was shot three times late Tuesday night while sitting on a porch at the same house where a man was murdered nine months ago.

The girl was released from a hospital last night. Police said somebody with dark clothes and a mask shot at the house from a vacant lot across the street. Last…

After nine years of war, the U.S. Army is showing signs of stress because of repeated deployments and inadequate support for soldiers when they return, according to a blunt internal report released today. It blasts the Army's leadership for failing to recognize the problem.

ALHINDE WEEMS led a double life: He was a Philadelphia police officer and a drug dealer.

On Friday (July 23), he paid the price when he was sentenced by U.S. District Judge Joel Slomsky to 15 years - the mandatory minimum but within sentencing guidelines - in a federal lockup.

ANGER HAS A SECRET…
…AND SECRETS DESTROY LIVES....
10-20, Winner of HBO’s Best Feature Film at the 2009 Martha’s Vineyard African American Film Festival, is being released on DVD in October and just like the opening weekend of theatrical released films pre sales are important to independent films. We have to show the distributor there is a need for the film.
10-20 is Terrisha Kearse’s powerful directorial debut. 10-20 gets its title from the Florida law that requires a ten-year…

The foundation of our movement comes from the book

Our movement is striving to educate our youth about the dangers of gangs, violence and drugs and that there are many alternatives to the “gang bangin, thug, drug husslin” life.

Our focus is true stories of people who used to be involved in the gang, thug, drug life and how living the street life has affected their lives, the lives of others, how they… 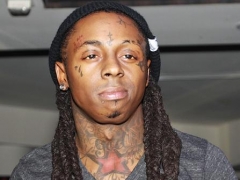 “A few years ago, they concluded that athlete and entertainer taxes might be escaping their radar. So they… Continue

Being in a street gang is now forbidden for members of the U.S. armed forces. But you might not guess that if you were to visit U.S. military bases in Iraq and Afghanistan, according to soldiers who have recently served there.

Jeffrey Stoleson, a Wisconsin corrections official, returned from Iraq in January with photos of gang graffiti on armored vehicles, latrines and…

The National Guard Troops assigned to the Arizona Border....

The National Guard troops assigned to the Arizona border will begin to arrive Aug. 1, and the federal government is sending other reinforcements to stem the flow of illegal immigrants and narcotics entering the state, Homeland Security Secretary Janet Napolitano… 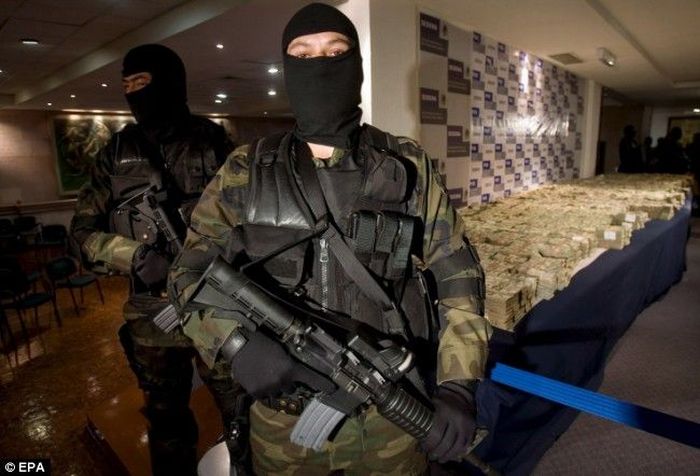 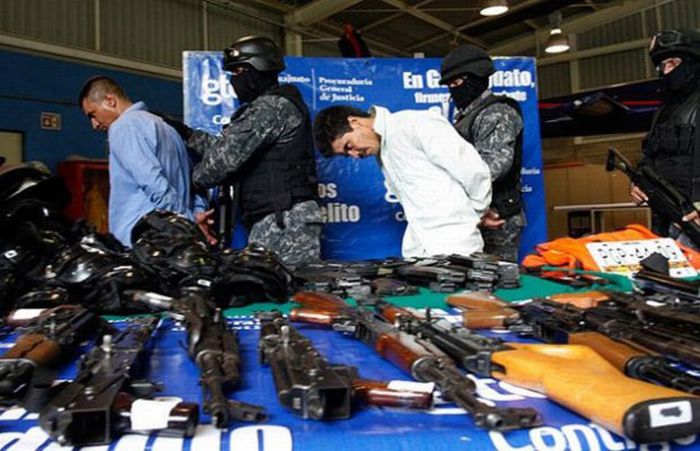 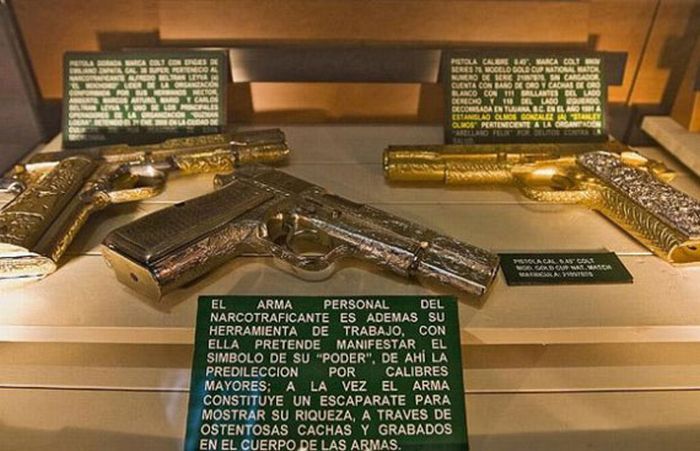 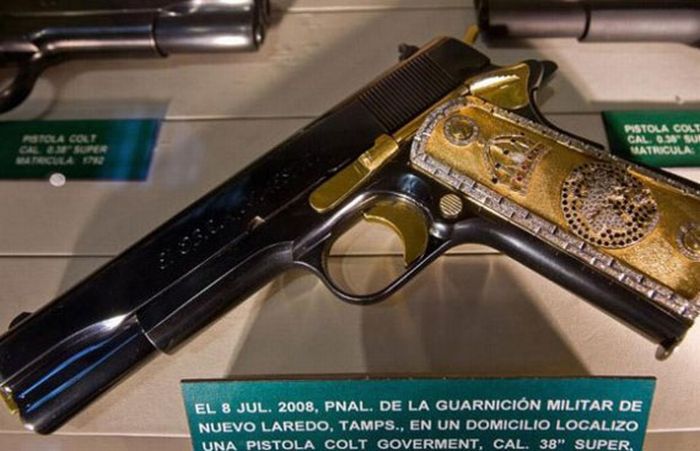 It is an invasion by definition, and our government condones it.

Thousands of individuals from foreign countries walk unchallenged across our southern border every day. We don't know who they are, where they come from, or their intentions. It is an invasion by definition, and our government condones it.

In search of a peaceful home

Porvenir, Chihuahua – It has been 100 years since the Revolution expelled many Mexicans and now thousands flee the narcotraffickers. A house with blue walls, but no roof, welcomes whoever arrives at Porvenir, Chihuahua. Until recently, the house was occupied but now looks like a blacksmith’s shop, only with doors and windows.

This isn’t the only building like this one. In this town in the Juarez Valley, burned homes predominate. Residents left their furniture, clothing and their…

ALBUQUERQUE, N.M. -- A former employee opened fire at an Albuquerque fiber optics manufacturer Monday, killing two people and wounding four others before turning the gun on himself in what police called a domestic violence dispute.

Police have identified the 37-year-old gunman as Robert Reza.

Reza confronted the girlfriend outside the fiber optics and solar manufacturing plant in Albuquerque, and his…

The victim told police that she had gone with her cousin to a July 4th party on 39th Street in Horseshoe Bay. The victim's 23-year-old cousin left her alone in a room with Anibal Escobar, 19, and Anael Martinez, 22. The two Honduran natives made sexual advances toward the teen and had sexual intercourse with her against her will. The…

Battling for the Border

The Tohono O’odham area and for that matter, the southern Arizona Desert has become almost a second home during my 8 years at Fox. This includes 5 trips to the lawless border town of Sasabe, patrolling with the federal agents on horseback, reporting on immigration stories with the Tohono O’odham Indian Nation, among at least 60 other reports I have covered in this border region. Night, day, winter, summer, we have seen the desert and this battle in every form and just when it…

Mexican drug cartels have set up shop on American soil, maintaining lookout bases in strategic locations in the hills of southern Arizona from which their scouts can monitor every move made by law enforcement officials, federal agents tell Fox News.

The scouts are supplied by drivers who bring them food, water, batteries for radios -- all the items they need to stay in the wilderness for a long period of time.…

A pastor from suburban Philadelphia has admitted fatally shooting his eldest son after a violent confrontation at the family's home on Christmas.