Listen up: A drug popular back in the 70s is making a very big comeback, and your teens are taking notice ... However, cooking up this high can be a recipe for disaster. Weed oil, known on the streets as "honey," comes from the dangerous process of turning marijuana plants into oil.
Butane hash oil (BHO)—also known as dabs, honey oil, wax, oil, shatter, or budder—is a potent marijuana concentrate that can exceed 80% THC content.
BHO is produced by one of two methods: “open” or “closed." The open method involves packing a stainless steel tube with marijuana and "blasting" the tube with butane (an extraction solvent). The resulting extract—a thick, yellow-orange oil—trickles out onto a pan. This method can be dangerous: FEMA reports increasing incidents of explosions across the US caused by clumsy hash oil production attempts. The closed system, a safer method, uses a machine called a butane oil extractor—which is also used to perform oil extraction from botanical herbs like lavender and mint to produce aromatics, infusions, and tinctures. Consuming BHO is known as "dabbing," and usually involves the user touching the concentrate onto a heated surface (like a nail) and inhaling its vapors. Some dabbing paraphernalia resembles traditional meth or crack pipes. Dabbing comes with potential health dangers, including inhalation of "dirty" butane. It is a very dangerous and flammable solvent and there have been fires and explosions, another danger is butane can be left in the oil and the person that uses it could be smoking butane which is neurotoxic and very dangerous. Another risk is ingesting harmful contaminants that may have been infused into the concentrate during the extraction process, like pesticides, herbicides and fungi. For teens, it’s easier to conceal, easier to carry, but much more dangerous to make. 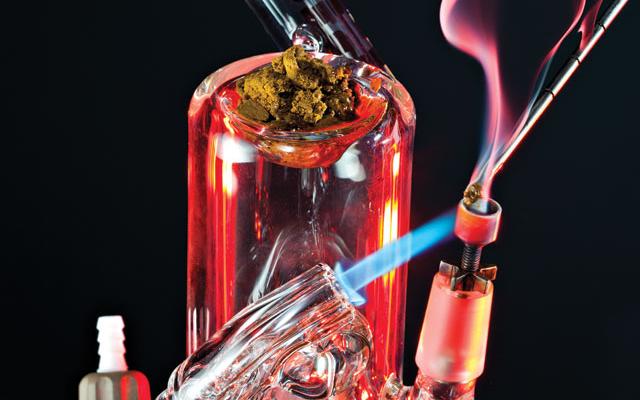