Derek A. Capozzi was convicted in 2005 of helping to cover up the killing of Aislin Silva of Medford. Witnesses said he helped to hack her body into small pieces and bury them.

VERSAILLES, Ky. — Authorities in central Kentucky are searching for a federal inmate from Massachusetts who escaped a prisoner transport van by kicking out the door.

In 2005, Capozzi was identified by federal prosecutors as a member of a Mafia-affiliated drug gang that killed a 19-year-old woman suspected of cooperating with investigators.

Capozzi was sentenced to 23 years in federal prison for helping to dismember and hide the body. Melton said he also was serving time for trying to kill a correctional officer.

Melton said recent sightings put Capozzi still in the area where he made his escape. 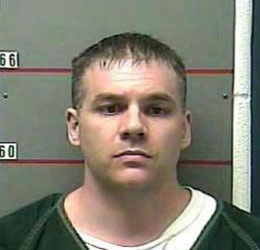