The ingredients in Bath Salts and K2 spice revealed.

The ingredients in Bath Salts and K2 spice revealed 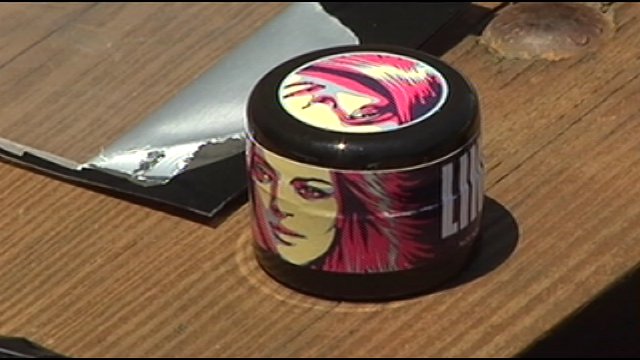 
Infant safe after mother shot, left on road to die


Police: Man scams neighborhood out of thousands of dollars


Spurrier: School not in serious trouble with NCAA


COLUMBIA, SC (WIS) - The Department of Health and Environmental Control is in talks with the state's Attorney General and SLED in an attempt to make synthetic drugs like "K2" and "Bath Salts" illegal to sell in South Carolina.

WIS is learning more about the chemicals in "K2" and "Bath Salts" that give people a legal high.

Dr Wendy Bell, a chief toxicologist for the state's law enforcement division studies all types of substances in her lab.

In the last three months her research has zeroed in on "K2" and Bath Salts".

Bell says the problem with the synthetic drug is the side effects that are similar to cocaine high, which causes hallucinations, paranoia and anxiety.

Recently the DEA banned those 3 chemicals in "Bath Salts," but drug makers got clever.

"So they take those compounds and slightly modify them and they react similarly in the body but in terms of regulation," said Bell. They are not currently scheduled."

"Scheduled"- meaning the slightly altered chemical is still legal to buy in stores if you're over 18.

Bell says the same goes for" K2" spice, a synthetic form of marijuana that carries a compound in it to resemble the chemical in "real" marijuana called cannabinoid.

"Cannabinoids are typically what's found in plant material marijuana, but these synthetic mimics of that compound hit the same receptors in the body," said Bell.  "But we're seeing very different responses than you see from marijuana."

Bell says, unlike the relaxed feeling from a marijuana high, people who use K2 may have thoughts of suicide or even can overdose.

So far, Columbia city leaders passed the first reading to end the sell or possession on "Bath Salts" and "K2" spice, their final vote will be in two weeks.

Rock Hill and Chesterfield County already have bans in place..