Up to 35 thousand children work for the cartels in Mexico.

Ten years ago the average age for youth entering organized crime was 20 years. Today children as young as 12 are recruited. 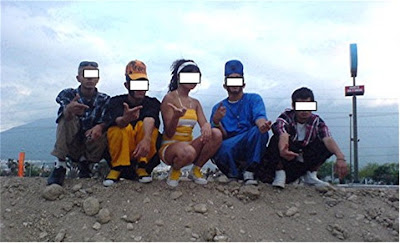 Young teenage members of a street gang in Monterrey. Street gangs in Mexico are a prime breeding ground for drug cartel "sicarios" (assassins).

"Between 25,000 and 35,000 children under the age of 18 have been recruited by drug traffickers in the past four years” reads a finding in a report prepared by the Network for Children’s Rights in Mexico with data acquired from civic organizations throughout the country.

According to these figures, on average, 8,700 children have joined the ranks of organized criminal organizations each year since 2006.

The report, submitted to the United Nations Convention on the Rights of Children (UNCRC), states that drug cartels use children and adolescents from the cultivation and production stage up to the sale and smuggling of drugs. 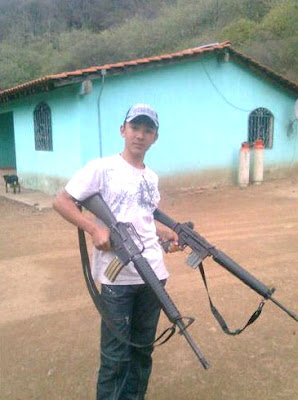 In another analysis prepared by 96 organizations including Colectivo Marabunta, Infancia Comun, INCIDE Social and Mexican Academy for Human Rights, the recruitment age into organized criminal organizations a decade ago was generally found to be anywhere between 20 and 35 years. Now, boys aged 12 to 15 years old are routinely entering these same organizations.

The data, reported in the Mexico City newspaper Excelsior, is highlighted by the federal police search for “El Ponchis”, the 12 year old pathological killer working for the Cartel del Pacifico Sur.

This phenomenon has left its trail of blood. From December 2006 to October 2010, estimates from the organizations involved show that 1,200 children and teenagers have died in the government’s war against organized crime.

In this same period of time the figures show that between 30,000 and 50,000 children have been orphaned, 10,000 in Juarez alone. And between 2009 and 2010, the number of teenagers arrested for organized crime, weapons charges and drug crimes increased by 34 percent.

The recruitment of children and adolescents can be explained, in part because children under 14 have constitutional immunity against being held criminally responsible for their actions, even for the crimes of murder, kidnapping and torture. Guidance, protection and treatment is the usual judicial policy that is followed in these cases.

In fact, the Federal government has no laws for administration of justice for adolescents. In Mexico, state courts routinely handle cases involving minors.

"Mostly, we're talking about children between 13 and 17 years of age, but this age group is increasingly growing younger. We have to emphasize that these are boys and girls that are supposed to be studying what is now the period of basic compulsory education, and they are dropping out of school."said Nashieli Ramirez, director of Ririki Social Intervention, a children’s rights advocacy organization. 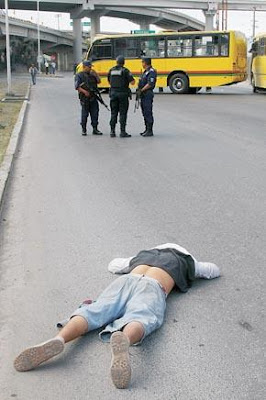 And it's in the lack of educational opportunities for children where the problem is concentrated, said the expert on children's issues. "Today we are watching cities like Juarez, Reynosa and Matamoros with extreme concern, with a high dropout between primary and secondary education, and that corresponds exactly with the reduction in the recruitment age. In Ciudad Juarez, for example, the recruitment age fell in five years from between 14 and 16 to between 12 and 14 years, according to estimates by the civic organizations of Juarez ", said Ramirez.

"They're cannon fodder. The international research shows us that on the issue of conflicts, the role of children and young people is increasing. They are the weakest link in the chain," added Ramirez

Ramirez warned that the worst mistake to combat this phenomenon would be to ask for the reduction in the age of criminal responsibility, as proposed in the federal legislature, since it would break all international treaties on the rights of children that Mexico has signed.

"We must see first what we are doing wrong that makes the offer that organized crime makes to children so attractive, and why it is winning this battle for children’s souls in the schools, the family and the community environment. We must see it as a fundamental social problem and begin to solve it under that approach," she said.

Federal judiciary has no legal framework to prosecute minors

The country's 32 states have laws for the administration of justice for adolescents, although many of them are still not fully implemented because no special facilities exists for the growing population of young offenders such as judges, public prosecutors and public defenders who specialize in teenagers and children.

The constant in these state laws is to confine youthful offenders, as a last resort, for maximum terms ranging from five to ten years.

According to the Mexican constitution punishment for minors should be proportionate to the criminal conduct undertaken and will be aimed at the social and family reintegration of adolescents, as well as the full development of his person and capacities. Incarceration will be used only as an extreme measure and for the shortest appropriate time, and may apply only to adolescents over 14 years for the commission of crimes described as serious antisocial behavior. 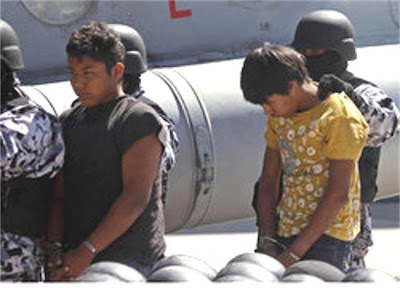 In just one year, there has been a 34 percent increase in the number of teenagers arrested for federal offences such as organized crime, weapons charges and drug crimes, according to treatment centers for children in Mexico City.

Kidnapping is another crime that has spread among young people. From 2007 to 2008, the public prosecutor’s office in Mexico City warned that the numbers of minors involved in kidnapping had increased by 289 percent.

In addition to the increase in drug crimes and organized crime by young Mexicans, there has also been a rise in murders.

Theft is still located at the top of the list of crimes committed by adolescents.
The Instituto Mexicano de la Juventud said that of 45,593 minors who were arrested for criminal activities, in 41 percent of cases a robbery was committed.

But there are states such as Sinaloa, where the presence of youth crime is alarming. 72 percent of crimes ranging from robbery, assaults, bank robbery, kidnapping, murder, weapons charges and drug trafficking are committed by young people ranging from 18 to 29 years old, according to the Sinaloa Ministry of State Public Security.

Among the factors responsible for the increase in youth crime in Sinaloa, and nationally, are the low economic status and low education levels of offenders. According to Holzhaimer Hanzel, a lawyer working in the Reclusorio Norte (North Prison) in Sinaloa, most teens sentenced to confinement between the ages of 14 and 18have an educational level below high school.

Given this profile, various analysts have noted that up to seven million alienated young people are vulnerable to recruitment by organized crime, because they neither study nor work. In Mexico, these youths are known as ni-ni’s, ni estudian ni trabajan. 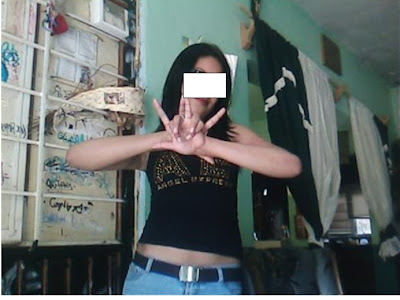