Hope Flood with Boyd and Lucinda

Hollywood, CA - What do you get when you mix a room full of comedic talent? Comedians that rock, that's what! Funny lady Hope Flood is taking over the stage once again with her 4th Annual Comics Rock! Convention, April 23 through 26, 2015, in the comedy capital, Los Angeles! The Comics Rock! Convention (CRC) will gather a diverse group of professional talent, from up and comers to veteran stand ups, with the intent of discoursing all things related to the industry of funny and beyond. Workshops and seminars will be held at comedian/radio personality J. Anthony Brown's JSpot Comedy Club, located 5581 W Manchester Boulevard in Westchester, CA. Master comic, social/civil rights activist and humanitarian Dick Gregory will be the keynote speaker at the convention on Saturday, April 25, during a luncheon held at The Mavericks Flat Bar & Grill on 4225 Crenshaw Boulevard in Los Angeles. A legendary octogenarian, Gregory was recently feted with a star on the Hollywood Walk of Fame.Industry experts such as Kym Whitley (OWN TV's "Raising Whitley"), Luenell ("Katt Williams: American Hustle"), Mother Love (LA Talk Radio's "The Mother Love Show"), Rodney Perry (BET's "The Mo'Nique Show"), Shang Forbes (BET's "Comic View"), Joe Torry ("Def Comedy Jam") and The Mooney Twins (sons of comedy legend Paul Mooney) are only a sampling of the talent slated to conduct workshops and seminars over the course of the four days. Workshops including "Social Media & More," "The Art of Stand-Up Comedy," and "Intro to Voiceovers" will assist comedians with conquering every aspect of the business. On Saturday, April 25, KJLH radio host Tammi Mac will also lend her comedic flair with her "On the Radio" workshop."Comics On the Catwalk 4a Cause Fashion & Comedy Show," featuring a special musical guest and after party, promises to be an added event highlight. A co-production with Los Angeles' premier event host, Kevin Rouse of Rouse House Entertainment, comedienne Cocoa Brown (Tyler Perry's "For Better or Worse") and comic and New York's KISS-FM morning show host, Talent Harris, will preside as comedians temporarily forfeit stand-up for fashion on the runway. The affair will benefit The American Diabetes Association and A Nickel of Hope, Inc., a non-profit founded by Hope Flood that helps mentor at-risk girls in the inner cities ( www.anickelofhope.org ). "Comics On the Catwalk 4a Cause Fashion & Comedy Show," will take place Sunday, April 26 at 3:00 p.m. at OHM Nightclub, 6801 Hollywood Blvd in Hollywood. Tickets for this fundraising event are available at https://www.eventbrite.com/e/comics-on-the-catwalk-for-a-cause-2015-tickets-16368124501 .As the founder of Females in Comedy Association (FICA), Flood originally launched her comedy convention a few years ago as the "Females in Comedy Convention," but has since expanded her vision to embrace both genders. With FICA however, she continues to offer female comedians tools for networking, mentoring, and collaborating as well as fueling awareness for comediennes in the entertainment industry. Comics Rock! will honor females in comedy with a special day of gifting and pampering.

RSVP for Hope Flood with Boyd and Lucinda to add comments! 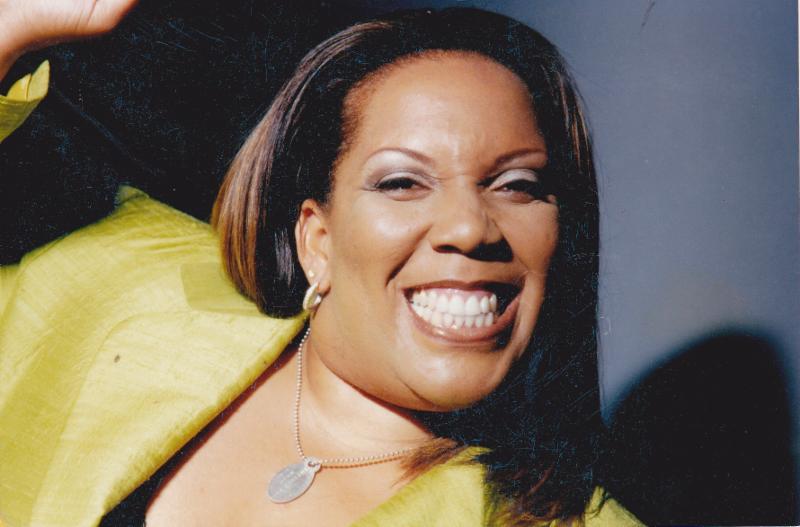 "Comedy on stage and in life is a crucial component for happiness," cites Flood. "This year's convention is particularly special as we acknowledge all things funny but also all things crucial to survival in this ever changing business. It is especially heart warming for me to pay tribute to pioneer and icon, Dick Gregory. As a guide and mentor, it is his work and dedication that drives me to continue to present this convention year after year." Hope Flood has always made waves with her humor, reaching beyond the stage to influence and motivate. Early on in her career she was not only producing weekly showcases that served to propel the career of many comedians, but also publishing her own magazine, "Comedy the Magazine," the first nationally distributed comedy magazine. She has served as an on-air radio personality on Dallas' KRNB 105.7 radio with BJ & The Morning Show and has appeared on the Russell Simmon's HBO All-Star Def Comedy Jam, Comedy Central's "Comic Groove" hosted by Tracy Morgan, and "Comics Unleashed Hot Chocolate with Byron Allen," to name a few. Hope has been a semi-finalist in the Old English 800 Women's Comedy Crunch and a two-time semi-finalist in the Bay Area Black Comedy Competition. For registration and more information regarding sponsorship, vendors or attendance, go to www.comicsrockconvention.com. The Comics Rock! Convention is going to seriously shake up the funny.