Join us 10/20/2016 with guest speakers Julia Gusse, April Mae Macek, Henry Wade and Grace Scott as they share testimonies and knowledge about domestic violence. Nearly 1 in 4 women and 1 in 7 men have suffered from domestic violence by an intimate partner. All people deserve to feel safe with loved ones. Take a stand against domestic violence.

Domestic violence is an epidemic affecting individuals in every community, regardless of age, economic status, sexual orientation, gender, race, religion, or nationality. It is often accompanied by emotionally abusive and controlling behavior that is only a fraction of a systematic pattern of dominance and control. Domestic violence can result in physical injury, psychological trauma, and in severe cases, even death. The devastating physical, emotional, and psychological consequences of domestic violence can cross generations and last a lifetime.

CHECK OUT THE SHOW HERE...

Remembering those who have died due to violence, coming together in Maricopa for prayer and candle light vigil! Praying for the violence to end 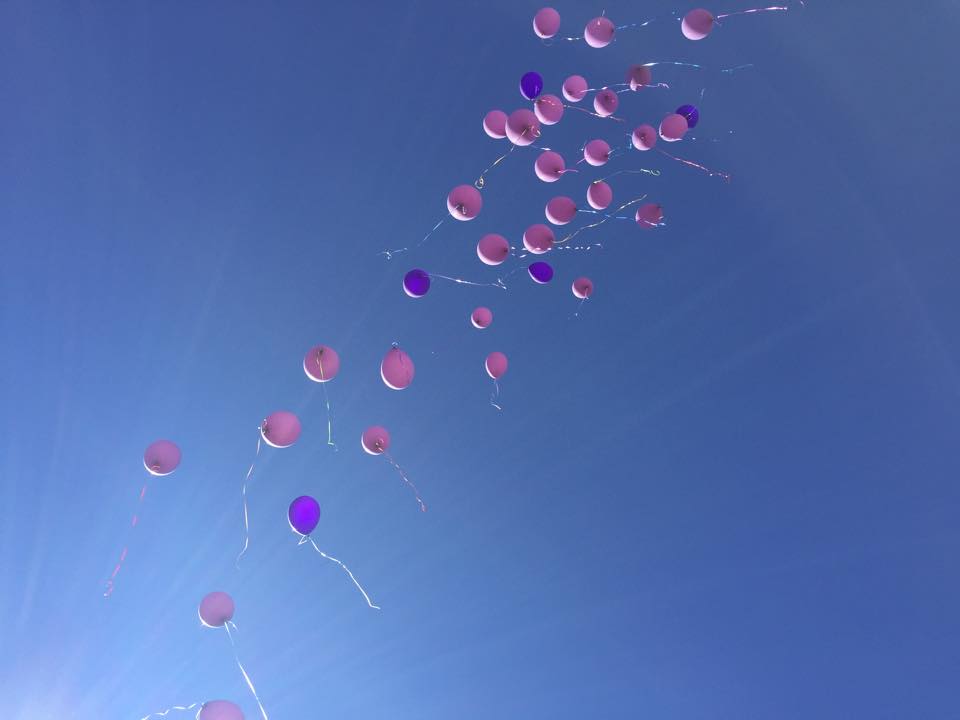 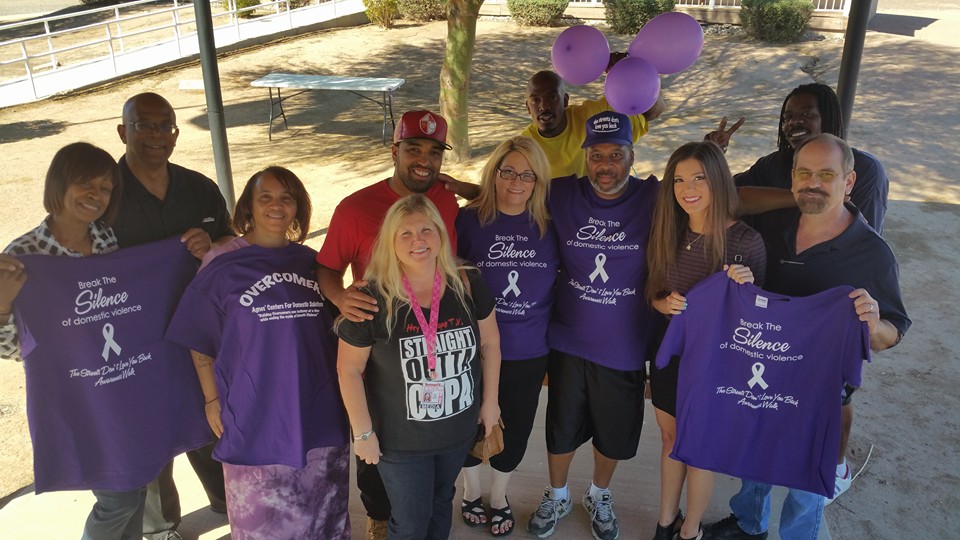 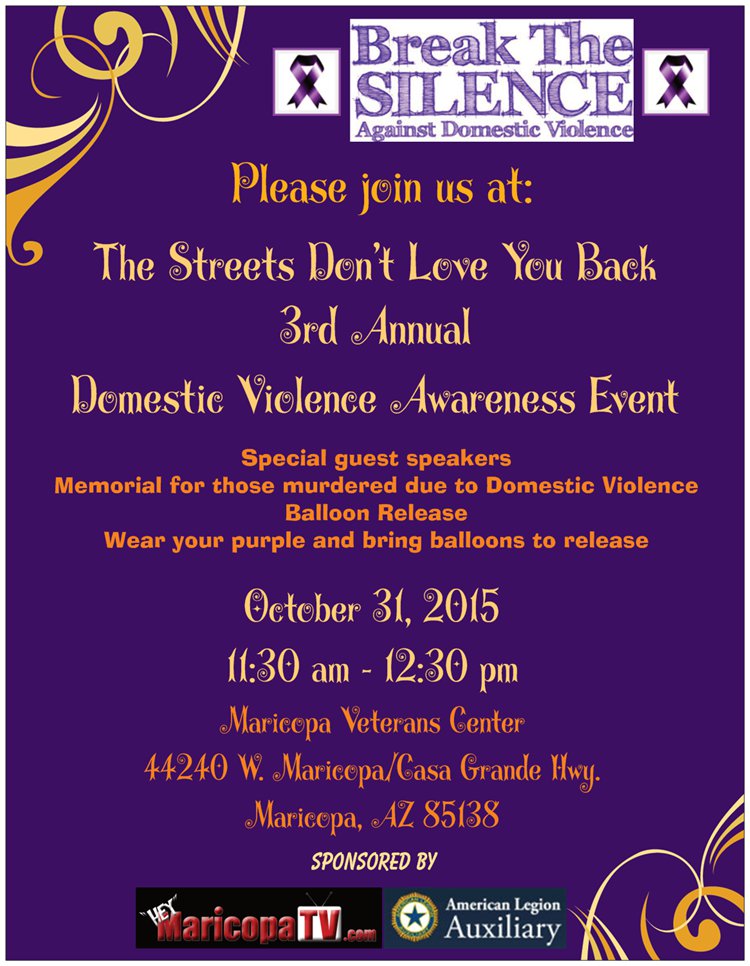 Bobbi’s daughter Kaity met a man and fell in love. He seemed polite, respectful and caring towards Kaity. Over the months she grew to care deeply for this young man and experienced her first love beyond the family. About six months into the relationship this young man began to change. He suddenly became rude and inconsiderate at times, but apologetic when Kaity would stand her ground. This young man exhibited possessive and jealous behavior. If Kaity was away from him he constantly called or would text her on her phone. At times he made accusations that she was lying to him or cheating on him with another. If she went away to visit family he was crazed out of his mind about where she was and who she was with. Kaity patiently tried to understand his insecurities and shortcomings and forgave him. Nonetheless, his behavior escalated. After several months of enduring this behavior, with the support of her family and friends, Kaity came to realize she was not able to help him understand her devotion to him and ended the relationship. He began stealing from her, assaulting her and threatening her. On January 28, 2008, five days after filing the Injunction Against Harassment (IAH), as Kaity was walking on her way home from school this young man grabbed her from in front of her house and pulled her to the side yard of the house next door. He then killed her with a shot gun he had hidden in a duffle bag, and turned the gun on himself and committed suicide. Christina says, "By the time I was 16, I was raped by my boyfriend. He felt that he needed to teach me a lesson". 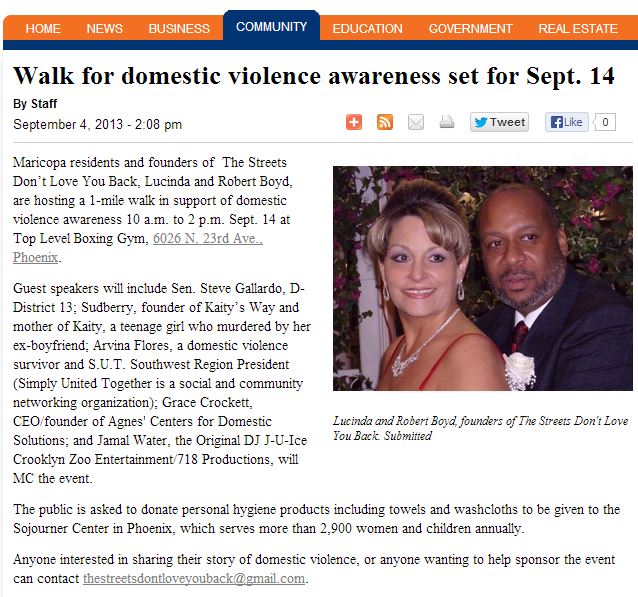 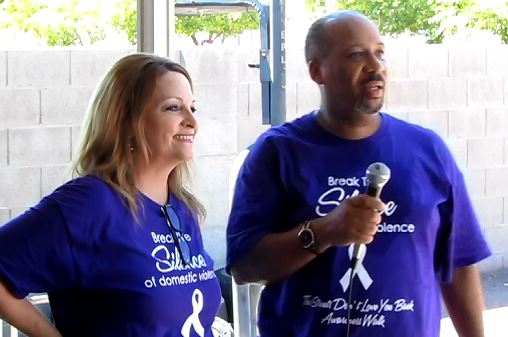 SEE TSDLYB DOMESTIC VIOLENCE AWARENESS WALK PHOTOS HERE
SPECIAL THANKS to all who attended the 1st annual TSDLYB Domestic Violence Awareness Walk. We had an awesome day with guest speakers and testimonies.
Arizona Senator Steve Gallardo.....Bobbi Sudberry, Founder of Kaity’s Way and mother of Kaity, a teenage girl who was murdered by her controlling boyfriend after she broke up with him.....Arvina Flores, a domestic violence survivor and S.U.T. Southwest Region President, Simply United Together is a social and community networking organization with a strong emphasis on commitment to community service.....Grace Crockett, CEO/Founder of Agnes' Centers for Domestic Solutions.....Marie Kirkendolph, Arizona Coalition for Domestic Violence.....Kaity from Sojourner Center.....Music by The Original DJ J-U-Ice - Crooklyn Zoo Entertainment/718 Productions- Jamal Waters. Special thanks to Rollin Williams, owner of Top Level Gym,
ASU News | The State Press | Arizona State University photographers and reporters. 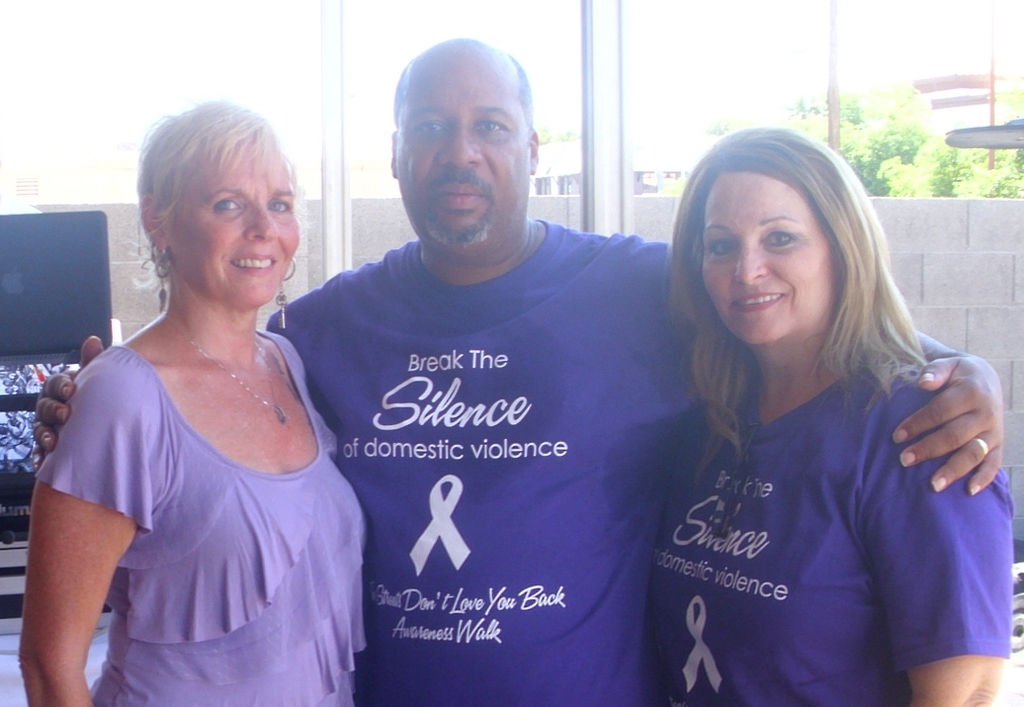 We participated in the Agnes' Centers for Domestic Solutions 1st Annual Stomp The Violence Event with Step Dancers, Music, Singers, Dinner and Candle light vigil.
EMPOWERING MEN AND WOMEN THAT WANT TO END
THE CYCLE OF DOMESTIC VIOLENCE. 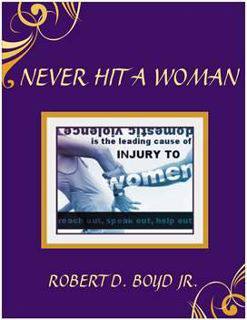 Young Mea suffered abuse at the hands of her mother, who beat her violently for many years. Full of hatred toward her mother, Mea plotted to escape; believing this is the only way to survive her mother's horrific abuse.

Two weeks before her 12th birthday she was taken at gun point by some pimps, tortured and sold through the underground.

Nadge was abandoned, sexually abused, cut on herself, turned to drugs, was raped, prostituted, lived on the streets on N.Y. almost died from an infected needle in her knee.