Xylazine: The Emergence of a New Drug, They Call It ‘Tranq’ — And It’s Making Street Drugs Even More Dangerous

A non-opioid animal tranquilizer for which there is no antidote is being mixed into street drugs, making the already deadly supply more dangerous, according to toxicologists and researchers.

Xylazine isn't an opioid. So if someone consumes fentanyl that's mixed with xylazine, it is indeed possible their fentanyl overdose may be reversed but they will die from xylazine. There is no antidote for it.

Xylazine is not a controlled substance; it is marketed as a veterinary drug and used as a sedative, analgesic and muscle relaxant. In humans, it could cause central nervous system depression, respiratory depression, bradycardia, hypotension, and even death.

Xylazine, a fast-acting central nervous system depressant that is not approved for human use, is showing up largely in fentanyl, the ultra-potent synthetic opioid that is mixed into heroin and pressed into counterfeit pills and is responsible for more overdose deaths than any other drug. Adding xylazine to fentanyl, which is also a depressant, increases the already high odds of overdose. It's a double whammy to the central nervous system. It "should be avoided at all cost. 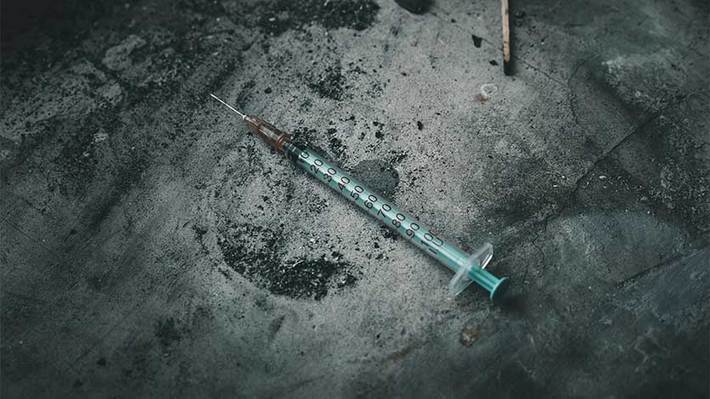 Most hospital emergency department drug tests are not calibrated to detect xylazine and since a xylazine overdose looks similar to an opioid overdose ― pinpoint pupils, loss of consciousness, slowed or no breathing — they're often mistaken for heroin or fentanyl overdoses. In addition, medical examiners don't always look for xylazine post-mortem.

If you or someone you love uses street drugs, there is a growing likelihood that those drugs — especially fentanyl ― may be laced with xylazine. With more than 107,000 people in the United States dying from drug overdoses last year, the presence of xylazine could cause even more people to overdose and/or die.

Also called "tranq," xylazine is a non-opioid animal tranquilizer, often used on horses. It is not approved by the U.S. Food and Drug Administration for human use. Use of the drug is allowed only by licensed veterinarians who use it as a sedative, muscle relaxant, and anesthetic for animal surgeries, according to the U.S. Drug Enforcement Administration. “Xylazine is something, unfortunately, It is becoming increasingly common, that has really serious side effects for humans."

If an overdose doesn't kill you or stop your breathing long enough to cause brain damage or other irreparable harm, there are other complications. The use of xylazine is linked to grotesque skin ulcers that turn into craters of rot. It's "not even a normal abscess. This is more like tissue death. This is black, necrotic tissue destruction." And the necrotic tissue doesn't necessarily develop at the site where the drug was injected. There's evidence it can appear anywhere on the body. Because xylazine can knock a person out for hours, it puts users at risk for sexual assault and robbery, and other crimes.

Veterinarians generally use xylazine in liquid form. But xylazine can be dried or cooked into a white, crystalline powder that's water-soluble, which means xylazine can be snorted, smoked, injected, or swallowed. Since it is most often mixed with fentanyl, which is then mixed with a variety of street drugs ― including heroin and counterfeit pills ― users consume it the same way they consume their illicit fentanyl. If they're shooting fentanyl, they're shooting xylazine. If they're snorting fentanyl, they're snorting xylazine. If they're smoking ... you get the idea. 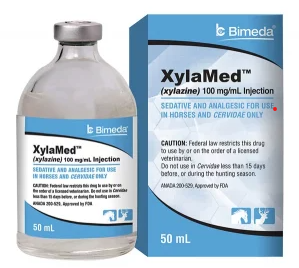 It's anyone's guess as to whether most users know that it's in (drugs) now, Some are probably consuming it unwittingly, the way heroin users unwittingly consumed fentanyl when dealers first started mixing it into heroin; these days most drug users know that the chances of finding unadulterated heroin is pretty slim. Some drug users may want to consume xylazine, just as some heroin users now want fentanyl in their dope.

Xylazine, a Dangerous Veterinary Tranquilizer, Is Showing Us the Fu...