Sexual abuse touches every life when....... 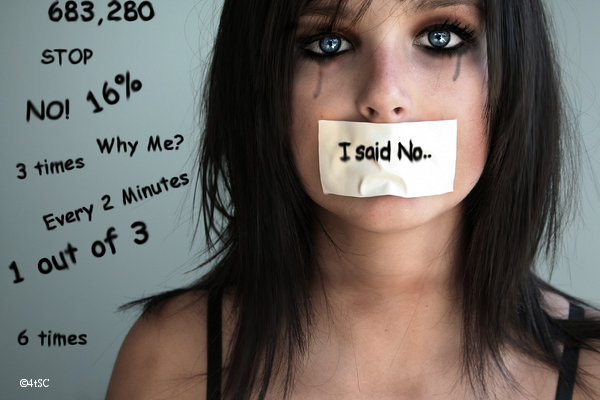 Sexual abuse touches every life when it leads to losses of trust, decreases in self esteem, and development of shame, guilt and depression.

The statistics are shocking

A New Dawn: The terrorist gang

The worst type of terrorism is the kind that is effective.

This was my answer when I was watching a television panel that discussed which was worse, homegrown or international terrorism. For all the inter-agency fighting, the bottom line is that any successful terrorist attack is a bad one.

As correctional professionals, we are now on the front lines of this battle, and politics aside, there are some real threats we need to recognize and combat.

54 men, women, and children shot over 3 days in Chicago

NOGALES, Ariz. (KGUN9-TV) - The Nogales, Arizona Police Department says it will not be stopped by threats from drug cartels. But Nine On Your Side has learned Nogales police are also threatened by a lack of funding. Outdated tools are putting its officers at a disadvantage when it comes to fighting drug smugglers.

EL PASO, Texas — A U.S. Border Patrol agent shot and killed a 15-year-old Mexican boy after a group trying to illegally enter the U.S. threw rocks at the agents at an international bridge near downtown El Paso, authorities said Tuesday.

The shooting, which happened Monday evening, drew sharp criticism from Mexico, where the…

Gang violence tears families apart and ends lives, but by educating parents, government officials hope to hit gangs at their source, cutting off their access to potential new recruits.

In a series of workshops this month in Palm Beach, Broward and…
Continue

Police believe there are some 70 members in a gang that takes its name from a children's playground near police headquarters. Investigators say the west-end neighborhood gang had rebuilt after a rash of 2004 arrests.

I WANT TO BE FREE

Israel Perez wrote faithfully for The Beat Within , a juvenile justice system writing workshop, while in the Security Housing Unit at Corcoran State Prison in California. Following is thoughts on his imprisonment, which The… Continue

LOS ANGELES (KABC) -- A federal indictment, unsealed in Los Angeles on Wednesday, charges 21 members of a Chino street gang with being part of a drug distribution ring with ties to the Mexican Mafia prison gang.

The indictment is the result of a two-year-long investigation known as "Operation Redemption." It targeted members and associates of the "Chino Sinners" street gang.

They are accused of distributing controlled…

New gang may have started in Tracy prison

State prison officials have traced the genesis of a new gang to Tracy's Deuel Vocational Institution. The Northern Riders first gained attention in 2000 when a founding member made a brazen declaration of war in a yard at Deuel. Officials today are determining if this group should hold rank among California's established prison gangs.

If it started inside the Tracy prison, as officials suspect, it would become the state's eighth documented prison gang and Deuel's…

Forty people have been charged in an investigation targeting drug dealers in one of Newark’s most violent neighborhoods, authorities announced today.


Police seized drugs, four handguns and an assault rifle during arrests on Wednesday, capping an investigation that began 18 months ago.…

Chicago - Eight known or suspected members of the Gangster Disciples street gang were arrested early on Tuesday, culminating a nearly three-year investigation into drug trafficking in and around the Cabrini-Green housing project on Chicago’s Near North Side, the FBI and Chicago police announced on Wednesday.

All of those arrested were taken into custody at various locations in Chicago, without incident, by members of the FBI’s Joint Task Force on Gangs and Officers from the CPD Gang…

Rosaries are a popular gang tool, but not usually for prayer

"Without question, the continuing action taken by the school district in punishing Raymond for wearing a rosary to school violates the constitutional rights of our client," argued Jay Sekulow of the American Center for Law and Justice.

After Sekulow filed a lawsuit, a federal judge issued a temporary restraining order on June 1, telling…


WALLA WALLA - The presence of criminal gangs may not be as significant a problem here as in surrounding communities.

But it's large and growing, officials…

Officer Cartmell.... What do you think?

It's real deep out here so... listen up people

Police Officer Involved Domestic Violence. Lighting a candle of remembrance for those who've lost their lives to domestic violence behind the blue wall, for strength and wisdom to those still there, and a non-ending prayer for those who thought they had escaped but can't stop being afraid.think

info... to be concerned about


The U.S. attorney's office said the arrests on Tuesday stem from a 22-count federal racketeering and narcotics indictment naming 17 defendants.

Prosecutors say four of the defendants are eligible for the death penalty if convicted of the 2006 killing of a rival gang member. The remaining 13 face 20 years to life without parole.

SANTA CRUZ - A "kingpin" in the Pogonip drug trade and documented Salvadoran gang member was arrested Friday by Santa Cruz police and federal immigration officials, and may be deported, police reported Tuesday.

Police said Jose Alvarenga, 23, of Aptos is a key player in heroin and cocaine sales in Santa Cruz's Harvey West neighborhood, between UC Santa Cruz and Highway 9. He also allegedly is a member of Mara Salvatrucha or MS-13, a violent street gang blamed for at least two of the…