Fake Pills: What You Need to Know 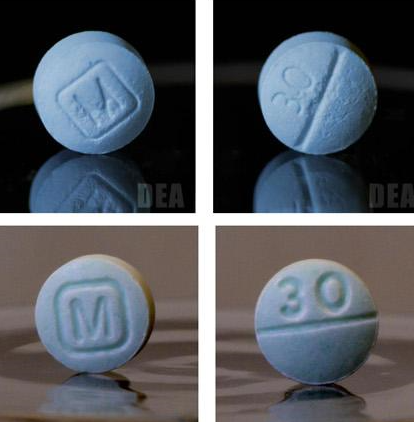 These pills, which are often sold online, look like legitimate prescription meds such as oxycodone or Adderall. In fact, people buy them believing that they are similar to the pills you would get from the doctor.

But many of these fake pills actually contain different ingredients and are laced with dangerous – and sometimes deadly – amounts of the synthetic opioid fentanyl or methamphetamine.

Quick Facts:
According to DEA lab testing: 4 out of every 10 pills with fentanyl contain a potentially lethal dose.
DEA seized more than 20.4 million fake pills in 2021 and 15,000 pounds of fentanyl.
Fake prescription pills are easily accessible and often sold on social media and e-commerce platforms.

Chances are that you’ve heard one of many tragic overdose stories connected to the use of fake pills.

Earlier this year, the 16-year-old son of famous television therapist Dr. Laura Berman died after overdosing on fentanyl. Berman believes her son bought the drug, which he thought was Xanax, from a dealer on Snapchat.

In 2020, 23-year-old Wyatt Williamson died after consuming a pill he thought was Xanax, but was actually laced with fentanyl.

The Drug Enforcement Administration recently issued a message to warn Americans about the dangers of fake pills.

Where Did They Come From?
Most of these pills are produced in other countries; mainly China, Mexico, and India. However, an increasing number of pills laced with fentanyl are being produced in the U.S.

They are usually produced in substandard conditions, labeled incorrectly, and may include dangerous unapproved substances. There are no quality control mechanisms in the illicit labs producing fake pills to ensure dosing is not lethal.

As stated earlier, online sales via internet marketplaces and social media are the major sources for obtaining fake pills. A significant number of high school and college students purchase Adderall and Xanax from dark web drug markets and/or through social media referrals. 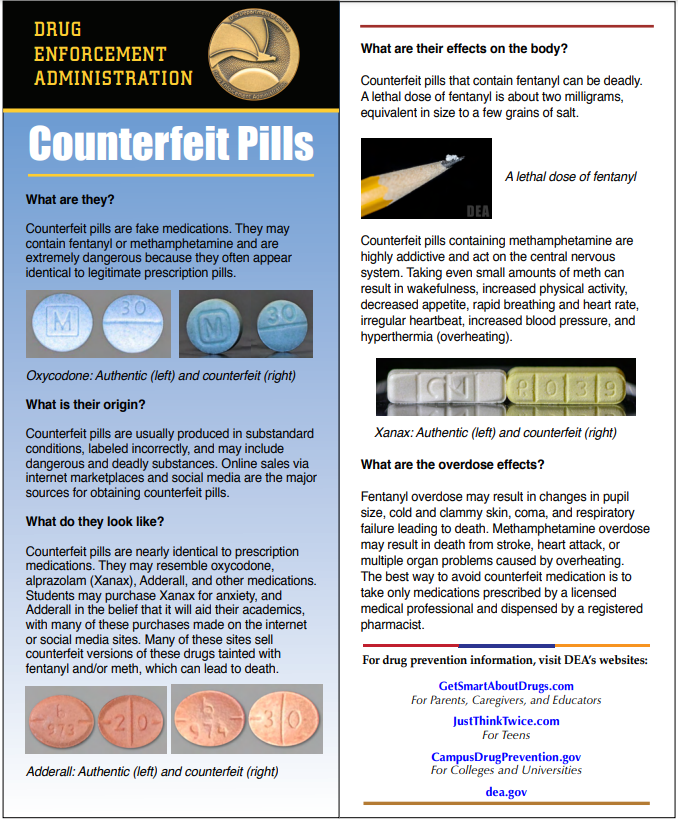