IF YOU THINK FENTANYL CAN NOT AFFECT YOUR FAMILY, THINK AGAIN. FENTANYL IS KILLING THE UNSUSPECTING EVERY DAY...

For the first time in our nation's history, over 100,000 Americans have died of a drug overdose in the single year 2020-2021. Fentanyl deaths are projected to double in the year ahead. Fentanyl poisoning is now the leading cause of death for adults aged 18-45 in the United States, surpassing suicide, gun violence, and car accidents. Fentanyl-related deaths occur approximately every nine minutes. Tracking of deaths and poisonings has been insufficient and we believe the available data to be lower than the actuality of this crisis. Illicit fentanyl is devastating every socioeconomic class. If you think illicit fentanyl cannot touch your family, we urge you to think again.

Illicit Fentanyl is 100 times more potent than morphine and 50 times stronger than heroin. There are two types of fentanyl: pharmaceutical fentanyl and illicit fentanyl. This site addresses ILLICIT FENTANYL. Drug cartels make and supply illicit fentanyl either as a standalone substance, as an additive deceptively put into other dangerous street drugs, such as heroin, cocaine, and methamphetamine, or as substitutes for these drugs. Illicit fentanyl is purposely and deceptively added to other drugs because of its extreme potency, making drugs cheaper, more powerful, more addictive, and more dangerous. Illicit fentanyl is found in all street drugs today. Fentanyl has also been identified in counterfeit prescription pills. These fake pills are made to look identical to legitimate prescription pills - such as Oxycontin®, Percocet®, Vicodin®, Adderall®, Xanax® and other medicines-and have been found in every state in the country. Criminal drug networks are harnessing the accessibility of social media and e-commerce to push deadly drugs into American communities and lure the youth. Cartels and distributors continue to perfect this poison to distribute, addict and deceive.

Death by fentanyl is a form of suffocation. It shuts down your neuro and respiratory system and you can die in minutes or even seconds. Fentanyl causes respiratory depression called "wooden chest syndrome".
Fentanyl precursors are produced in China and distributed by Mexican Cartels to the United States. Together Chinese and Mexican cartels launder the trillions of drug dollars made from the sale of fentanyl.

Cartels/Distributors mix fentanyl into other drugs as a combination product and manufacture counterfeit pills containing fentanyl that look like a prescription drug. These drugs are made in clandestine Mexican labs.

Fentanyl has been found in virtually all street drugs today including Cocaine, Heroin, Xanax, Oxy, Percocet, Adderall and Marijuana.

Illicit Fentanyl is more addictive than any other drug. Deceptively manufactured to disguise the dangers. This poison has changed the drug landscape and fentanyl deaths continue to climb at an exponential rate.

DEA reports that 4 in 10 counterfeit pills manufactured with fentanyl are deadly.

Every dose taken of fentanyl is like playing Russian Roulette.

There is a misconception that fentanyl poisonings occur only with addicted users.

Unsuspecting people die from fentanyl poisoning daily. There are no age restrictions or socioeconomic boundaries for who fentanyl kills. In America, fentanyl is killing all ages. Toddlers, youth, middle-aged and seniors. The primary death rate occurs in victims 18 to 45.

Fentanyl has been Emergency and temporary scheduled as a class one substance. Permanent scheduling has not occurred.

Illicit Fentanyl is prevalent and easy to obtain.

Illicit Fentanyl is sold on e-commerce and social media sites. Fentanyl is purchased on these sites and delivered as easily as a pizza can be delivered to your home. Cartels creatively lure and sell to our youth through social media distribution in exchange for quick money.

The DEA is the primary government agency that is publicly addressing the dangers of fentanyl. The United States government has not put out a public warning to Americans or addressed the U.S.-China-Mexico relationship as Americans continue to die.

Fentanyl is more dangerous than other drugs we have seen before. Fentanyl has changed the drug landscape. The prescription opioid epidemic caused high rates of addiction. Although, people that experienced substance use disorder still had time to search out recovery options and potentially survive. Fentanyl is more addictive and is killing faster. Recovery from fentanyl is often not an option. The rate of death from fentanyl is skyrocketing. There is no socio-economic boundary for fentanyl death. All ages and classes are attacked.  Hundreds of thousands of pounds of illicitly manufactured fentanyl is imported into the U.S. every year, enough to kill billions of people. Fentanyl has the capabilities of a true weapon of mass destruction, and discussion of this classification in Congress is limited despite the efforts of chemical analysts. Fentanyl, whether pure or deceptively made into other drugs, is killing our family members. Fentanyl is now the #1 cause of death for Americans aged 18 to 45. Over 100,000 people died in the U.S. between April 2020 and 2021. Fentanyl fatalities increased by almost 50% in 12 months. Teen death is up by 94%. Cartels are taking advantage of our border situations and our lack of response to this crisis. Fentanyl is a crisis that should be prioritized to address immediately.

Almost, all fentanyl awareness organizations actively fighting fentanyl are started by families affected by fentanyl. Awareness and prevention can save lives. Educating and informing the public is a priority. Time is of the essence. This is a national emergency. 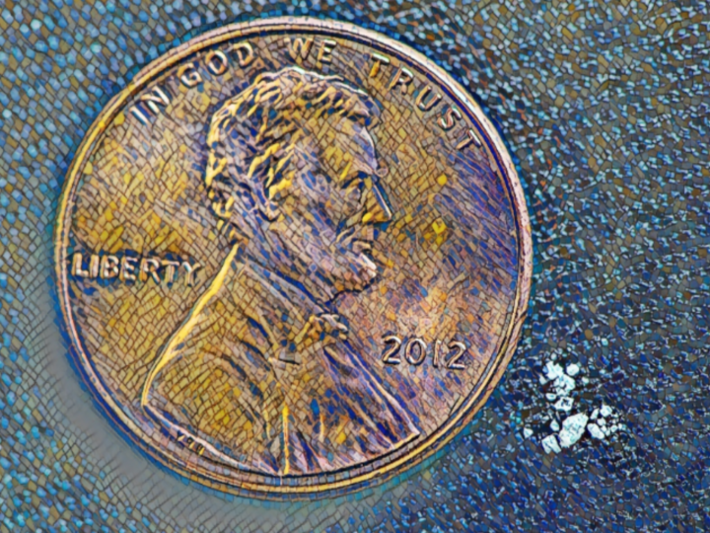