Sex trafficking is the recruitment, harboring, transportation, provision, obtaining, patronizing, or soliciting of a person for the purposes of a commercial sex act, in which the commercial sex act is induced by force, fraud, or coercion, or in which the person induced to perform such an act has not attained 18 years of age (22 USC § 7102).

Labor trafficking is the recruitment, harboring, transportation, provision, or obtaining of a person for labor or services, through the use of force, fraud, or coercion for the purposes of subjection to involuntary servitude, peonage, debt bondage, or slavery, (22 USC § 7102).

Every year, human traffickers generate billions of dollars in profits by victimizing millions of people in the United States and around the world. Traffickers are estimated to exploit 20.9 million victims, with an estimated 1.5 million victims in North America, the European Union, and other Developed Economies combined. Despite growing awareness about this crime, human trafficking continues to go underreported due to its covert nature, misconceptions about its definition, and a lack of awareness about its indicators. As governments, first responders, and researchers learn more about human trafficking, more information is gathered about the scope of human trafficking in the United States and worldwide.

Sex traffickers frequently target victims and then use violence, threats, lies, false promises, debt bondage, or other forms of control and manipulation to keep victims involved in the sex industry for their own profit.

In the United States, the Trafficking Victims Protection Act of 2000 (TVPA), as amended by the Justice for Victims of Trafficking Act of 2015 (JVTA), defines sex trafficking as “recruiting, harboring, transporting, providing, obtaining, patronizing, or soliciting of an individual through the means of force, fraud, or coercion for the purpose of commercial sex”. However, it is not necessary to demonstrate force, fraud, or coercion in sex trafficking cases involving children under the age of 18. The term “commercial sex act” is defined as “any sex act on account of which anything of value is given to or received by any person” (22 U.S.C. 7102). See the Federal Laws page for more detailed definitions.

Find out more online and at the National Hotline for Human Trafficking! 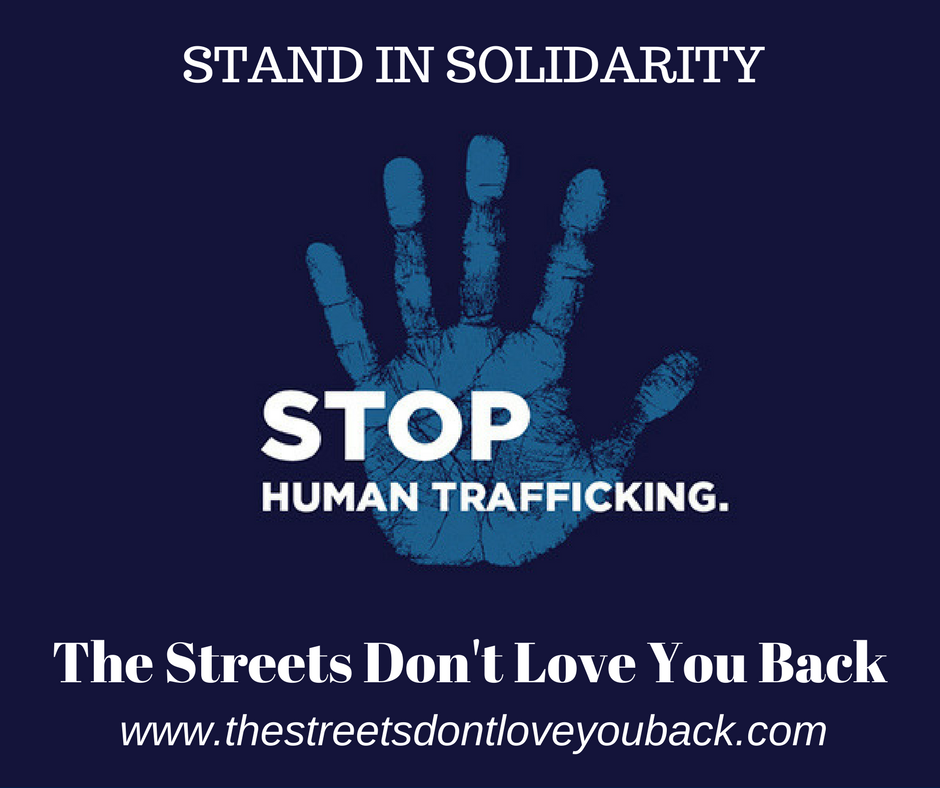 I while back the LA Mayor Eric Garcetti invited me and lots of other people to The Human Trafficking Summit at LA Technical College, which also their culinary classes prepare all of the food and beverages for this event, the luncheon. It was fabulous, lots of artists there selling their gorgeous paintings and artwork vendor booths full of lots of organizations, charities, and related agencies from all over, a collection of different people from all walks of life, great multiple speakers all day long, then we broke up into segment groups in the different classrooms, we had a large selection of classes and presentations to attend and participate in, which I learned so much more than I ever knew about Human Trafficking, City officials also attended, the keynote speaker with a real live Human Trafficker who spoke of her experiences from a man who pretended to attend UCLA was a student here she attend (One of my Alumni colleges too), where he by his sophistication and class lured her into the business. Her true life story was gripping, and so sad with a happy ending somewhat. It has opened my eyes in a new way to the not so familiar ways these Human Traffickers lure women and men into their game of moving bodies all over the world for the perverted sexually elitists who drive the Human Trafficking business which is financially more than the drug trade and all illegal trades combines. We also must remember there to date are over 23 Million slaves and trafficked human being on this planet. President Donald Trump created laws and multiple teams of organizations to combat Human Trafficking by Joe Biden dissolved all of them. Please keep praying for all of adults, youth and children being trafficked daily.